Moretti-Monza, better known as MOMO, is an Italian Design agency that operates in the field of alloy wheels and accessories for racing and road cars.

In 1964, a steering wheel designed by amateur racing driver Giampiero Moretti caught the attention of Formula 1 driver John Surtees, who requested to have one mounted on his racing car and went on to win the championship.

Moretti was initially focused on racing cars, but in the 1970’s the agency broadened its product line, working on alloy and steering wheels for road cars. Some of their products were available as aftermarket modifications, but they were also available on Ferrari cars.

In the late 1980’s, MOMO‘s partnership with Rolls-Royce opened an era of collaboration with carmakers. Moretti eventually sold his business to US-based leader of Airbag steering wheels Breed Technologies, which came under control of the Carlyle Group. The new owners consolidated all IP to create Key Safety Systems in 2003. After 2005, MOMO was relocated in Italy again, with headquarters in Milan.

In the meantime, around the turn of the century, the MOMO product range had been extended to wrist watches. The supplier responsible for the manufacturing of MOMO timepieces is an Italian company located SouthEast of Milan in the Pavia province.

Established 35 years ago by Luigi Sordi and currently run by his two sons Ermanno and Claudio, the eponymous company Sordi S.p.A was one of the pioneers of wrist watch assembly in Italy. Sourcing both in Switzerland and Asia, Sordi S.p.A evolved from plain assembly to private label.

The range of MOMO watches combines Italian flair with the rigour that one can expect from a design agency that has been supplying racing professionals for almost half of a century.

Momo watches have a distinctive functional look that is anything but cold, unlike some Germanic designs. Still, the reader will note similarities with a famous German design agency bearing the name of its founder. I am not suggesting that one copied the other, but just acknowledging that this is a good example of how “great minds think alike” like they say. 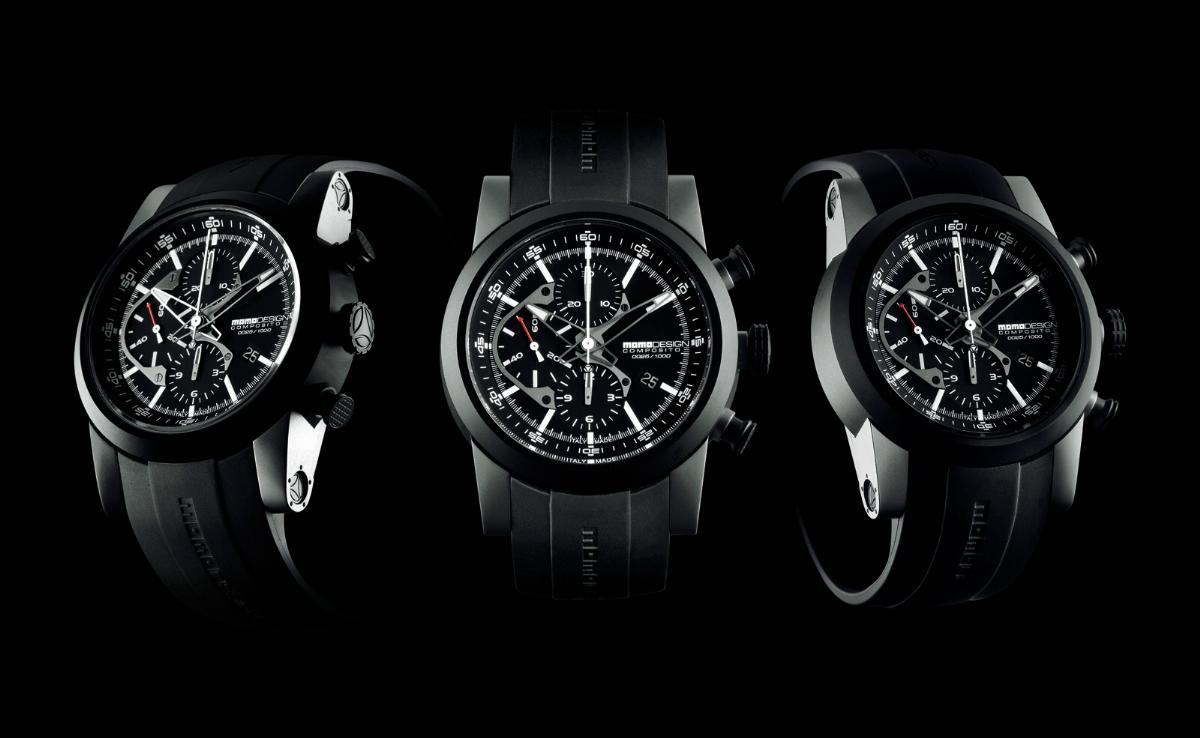 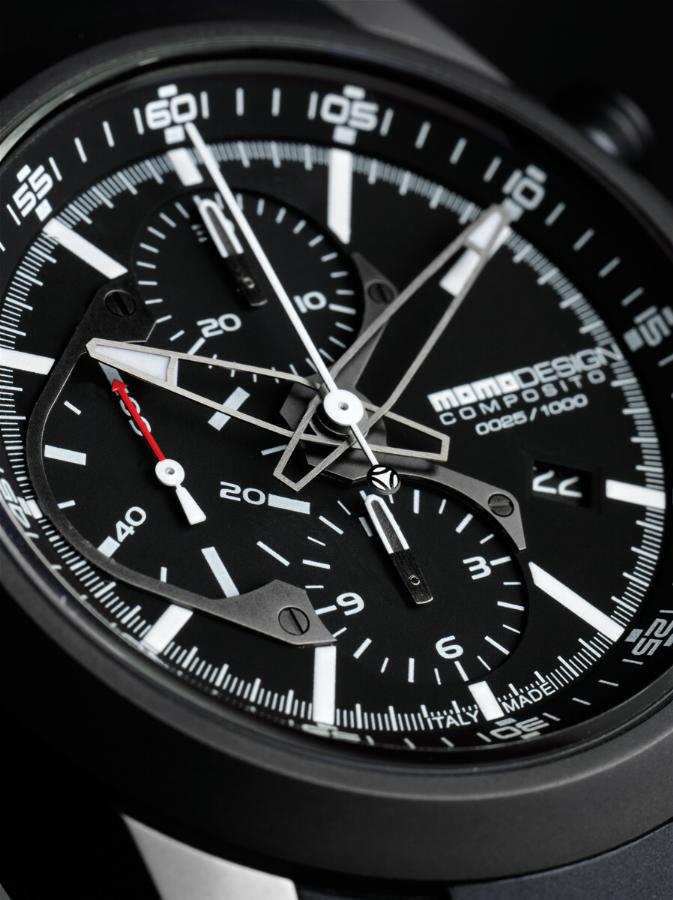 The sapphire crystal received an anti-reflective coating and the strap is in synthetic rubber (TVSIP). 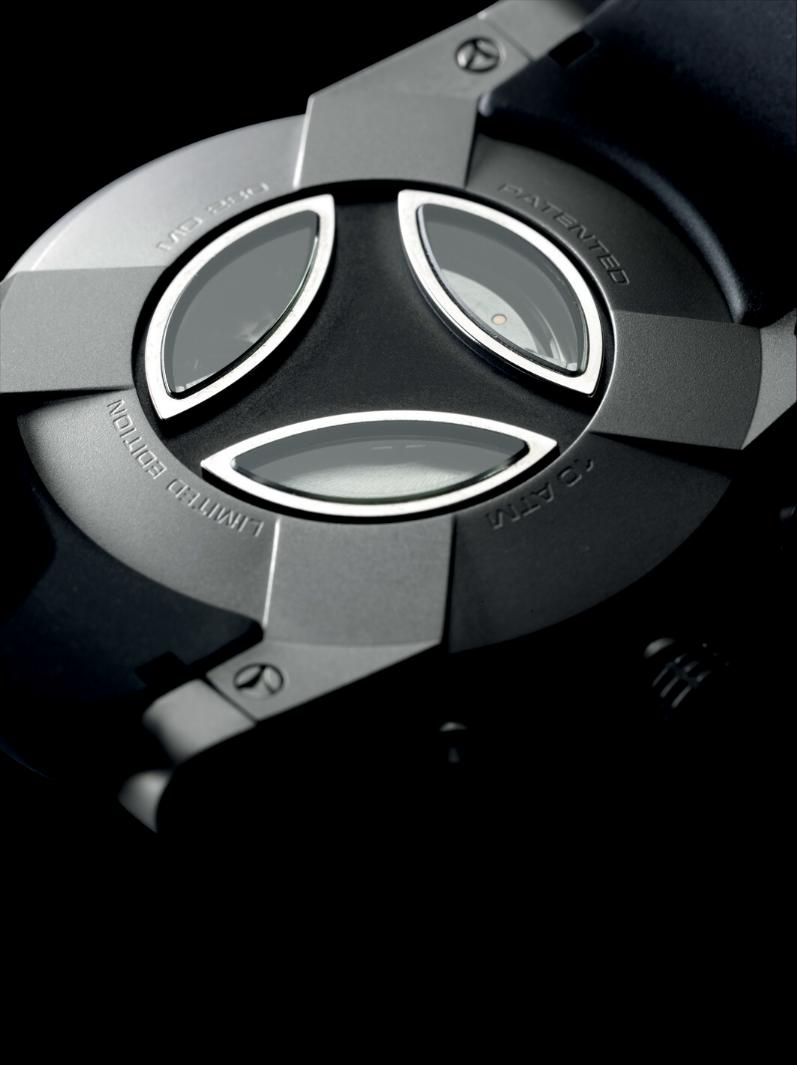 Measures are 46 mm of diameter and 16 mm of thickness. 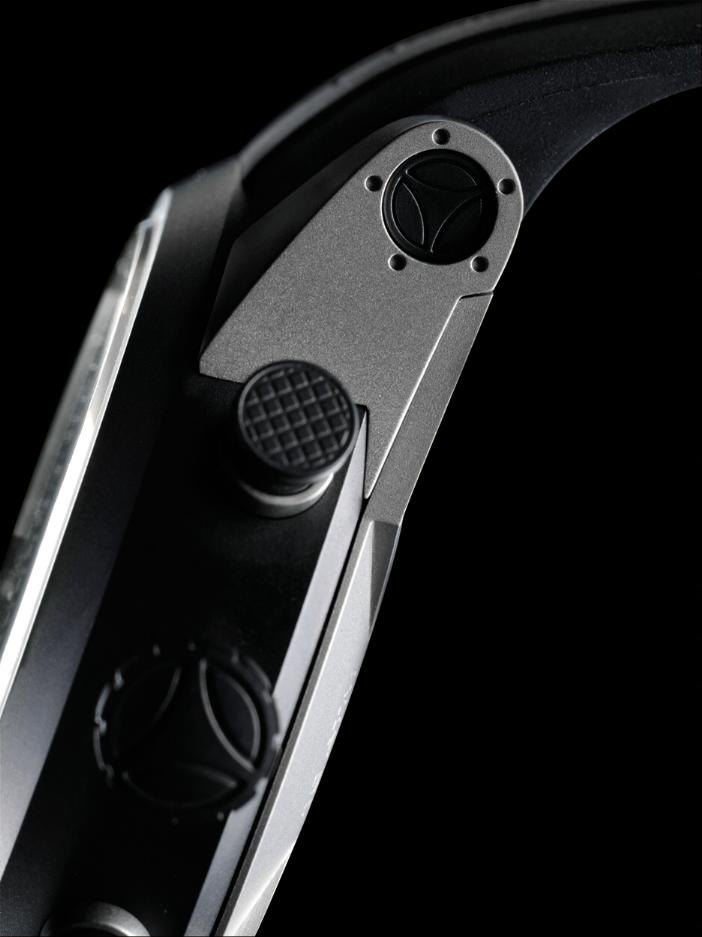 The case is built with a movement container in forged carbon and added titanium parts. 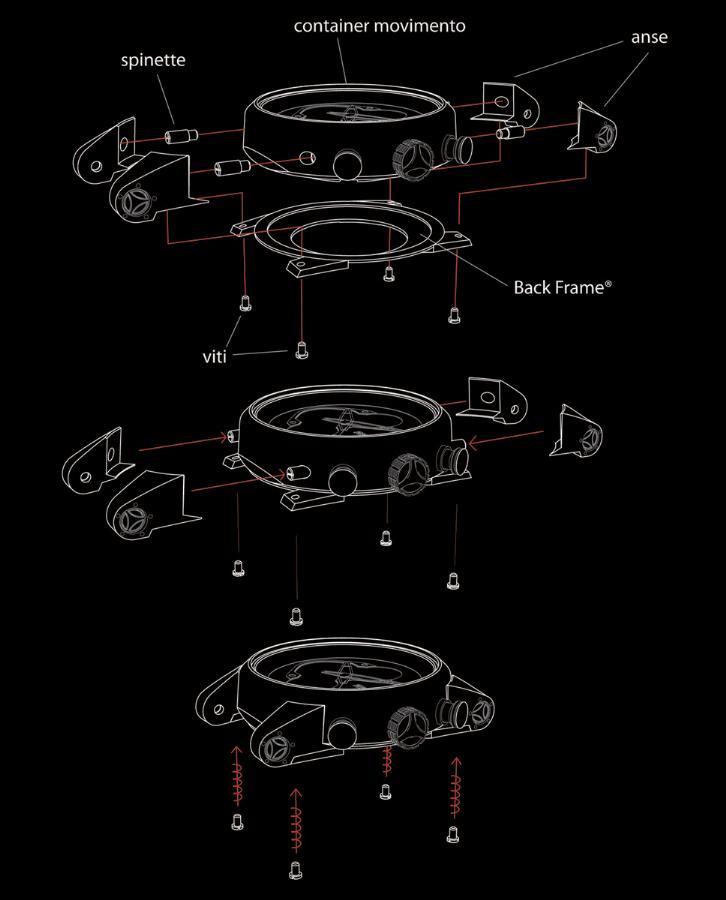