introducing: JCVD watches, or how to roundhouse-kick Time

The legend who once described himself as the Fred Astaire of karate decided to roundhouse-kick the horological market with his own brand. World renowned martial artist and actor Jean-Claude Van Damme is often derided for his parts in straight-to-DVD movies. «People who never laugh are not serious» said French writer and humorist Alphonse Allais, so in order to capitalize on a similar concept, Van Damme started to play with laudable philosophical aspirations, incidentally becoming famous in French-speaking countries for his aphorisms. The actor’s ability to make fun of himself to the second, third and perhaps fourth degree won him the heart of many former detractors. In 2007,Virgin Mobile France aired an ad starring Van Damme as himself:

One year later, the 2008 movie JCVD (Van Damage) by director Mabrouk El Mechri showed the actor under a new light, earning him a positive 85% rating by the industry critics:

«It has ensured JCVD will be remembered as an introspective, thoughtful and altogether more profound individual than anyone who ever watched him split a skull would have thought possible.» Simon Foster, SBS Film The design takes cues from showcase collections of the Royal Oak Offshore released by Audemars Piguet. Prices range from EUR 279 to EUR EUR 3,999 for the standard models. Price for the diamond bezel version is available upon request. 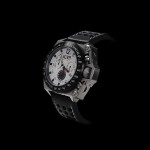 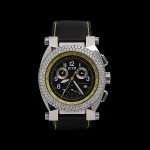 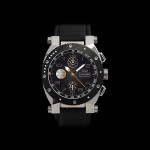 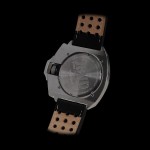 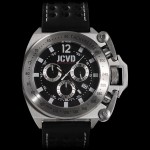 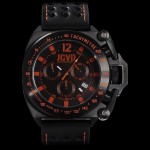 6 Responses to introducing: JCVD watches, or how to roundhouse-kick Time