The brand became a symbol of German quality watchmaking and was absorbed by DUFA Deutsche Uhrenfabrik GmbH, one of Europe’s leading clock and watch manufacturer. KIENZLE claims to have established a world first in the 1990’s by building a silicone-filled watch that is water-resistant to depths of 12,000 m.

Editor’s note: several companies make claims when it comes to hydraulic watches. Bell & Ross, KIENZLE, Sinn and Swiss Dive Watch all unveiled diving timepieces based on this technology in the mid-1990’s, and each one would like to claim a World first. Bell & Ross’s version is likely based on Sinn technology, but I would be hard-pressed to draw the winning line between KIENZLE, Sinn and SWD. I did find evidence that Sinn had been experimenting with silicon-filling prior to 1990.

In 1992, KIENZLE released radio-controlled timepieces, that synchronize every 24 hours with a radio signals from super-accurate atomic clocks.

The industrial group was acquired by the Highway Holdings group from Hong Kong in 1997 and later consolidated and headquartered in Hamburg, Germany.

In 2006, management purchase the trade mark and distribution rights. The new board decided to redefine the brand’s philosophy and launched the collections KIENZLE 1822, Edition Jakob KIENZLE, and KIENZLE 1822 Made in Germany.

Today, KIENZLE Germany offers a nice portfolio of entry-price to high-end timepieces based on KIENZLE, Japanese and Swiss movements. All the radio-controlled watches are distributed by the German branch of the brand. The peak of their high-end collections is an automatic watch with perpetual calendar: Here is one of their Radio-controlled watches with KIENZLE proprietary movement: KIENZLE Italy distributes some of the watches coming from Germany, but they also feature models which are specifically designed for the Italian market. Pictured below is the new Poseidon diving watch, powered by quartz and sized at a whopping 52 mm: The Italian branch was one of the earliest in putting Chinese mechanical movements under a European brand. As the reader can see, there is plenty of room for finding a likeable watch. 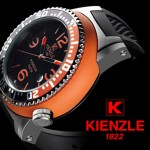 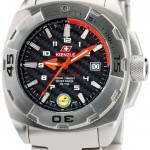 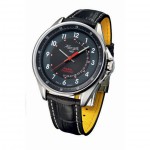 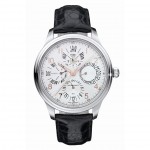 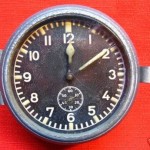 One Response to introducing: KIENZLE