At Watchprojects.com, we like to discuss watchmaking in the second part of the XX century. A lot of trends have appeared during that era, and their precursors don’t always get the recognition they deserve. In 2010, editor Francis J. had an interesting correspondence with Mister Brendon Nunes, founder of Trintec Industries Inc. , which led to the publication of several entries about Trintec’s current and upcoming “instrument” watches. As much as we described Mister Nunes as one of the precursors of the “instrument” watch style, we would like to introduce Formex‘ founder Hans Peter Grädel, another visionnary entrepreneur who was one of the precursors of what we call the “industrial” watch style.

The Formex official web site is located at: www.formexwatch.com

Premices of the “Industrial” watch style

In 2001, Richard Mille sucessfully launched the eponymous company that made the “industrial” watch style popular. The designs of its first model, the RM 001, borrowed cues and materials from the fields of automotive racing and aviation, with a profuse use of hollow parts and visible screws and bolts. Mister Mille’s first collection was also distinctive because of its solidity, and the entrepreneur liked to throw his prototype across the room during press releases to demonstrate its ruggedness. Younger brands like Cvstos, Rebellion or Vergo Avius (reviewed on Watchprojects.com), followed a similar artistic path.

However, back in the 1990’s, engineer Hans Peter Grädel had already been working on the idea of an indestructible watch. The comparison with Richard Mille stops here, because Formex uses standard ETA movements, while Richard Mille features high-end custom movements. Herr Grädel wanted to integrated a suspension in the case construction, to allow it to better withstand shocks and vibrations.

Hans Peter Grädel launched his own watch company in 1999 and released the 4Speed collection with a very distinctive design. The watch used sand-blasted metal surfaces and bolts to remind of automotive and aviation technology. The design met with success and allowed Mister Grädel to expand his collections into Air, Land and Water sub-categories. Targeted at motorpsorts, the second collection featured a new suspension system that allows to rotate the case on itself to mainain an optimal reading angle onboard a vehicle. The HPG collection features the Fast Track 900 model, available with a standard and a skeleton chronograph. The Grand Prix collection uses Formex’ signature “bullhead” crown located at 12 o’clock. Designed as an entry-price option, the 4Classic collection does not feature the suspension system. It relies upon new automatic calibres designed and manufactured by Miyota, Citizen Watch’s movement factory. Regarding this novelty collection, engineer Grädel had this to say:

“I wanted to showcase the excellent quality of Miyota calibers as an alternative to our Swiss movements. The challenge was there for the taking: to find a common denominator for Swiss Design and Japanese technology. We look forward to the market’s response to our very first collection without the patented suspension system”. Personnally, I have always found the early 4Speed collection a bit too cluttered. However, I must admit that the level of technology involved is quite impressive. The watches go beyond mere looks to feature patented constructions. The pricing of the 4Classic collection is somewhere below the USD 1’000.- mark, which give it a lot of appeal.

I suggest browsing through Formex’ web site to get a better idea of their range of timepieces. 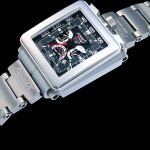 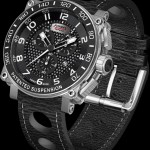 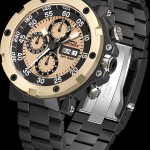 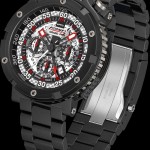 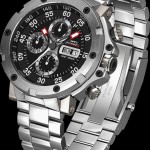 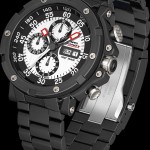 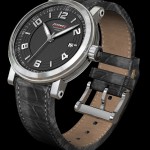 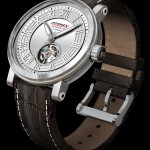 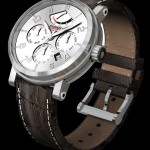 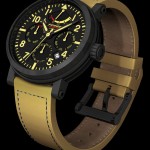 One Response to introducing: Formex, Watches with Patented Suspension System